Bergamo boasts two historic theatres. The first one dates back to the XVIII century. It is located along the main promenade of Bergamo, the city which gave birth to Gaetano Donizetti, the great composer to whom the theatre is now dedicated. The second one was erected in the XIX century and is also found along one of the main streets of Bergamo, in this case in the Upper City (Città Alta, in Italian). It is called Teatro Sociale (Social Theatre) to pay homage to the noble society which had it built. In the 2000s, before the restoration works of the Donizetti theatre, Creberg Theatre was built to host popular shows, cabaret, and big productions.

The Donizetti Theatre is a true home of culture, a dynamic place, experienced as a public, prestigious and familiar space. A temple of multidisciplinarity, quality and cultural and artistic excellence, a place of aggregation, which can be enjoyed all year round by the city in different spaces.

The Teatro della Società (Theatre of Society), this was its original name, opened its doors to the public during the Carnival season, in 1809. Built thanks to the support of a large group of nobles from Bergamo, Social Theatre remained active, not always successfully, up to the 1920s. From 1974 the theatre mainly hosted art exhibitions and expositions, until the beginning of the restoration works planned jointly in 2006 by the Municipality and the Superintendent. 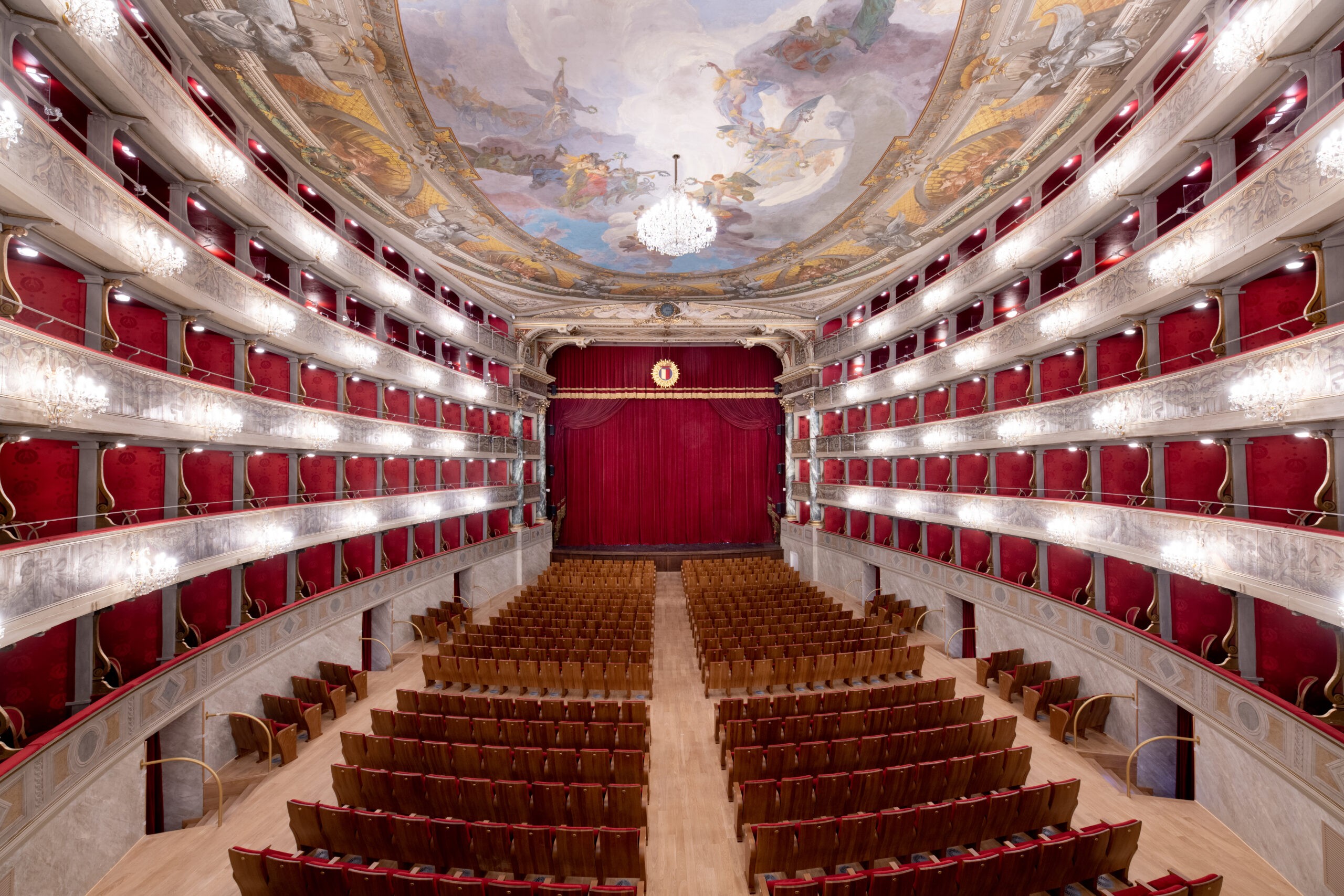