The Theatre, designed by Giovanni Francesco Lucchini, was inaugurated on 24th August 1791. The layout of the Italian-style hall (with three tiers of boxes and a loggia) in the form of an elongated ellipse guaranteed perfect visibility and excellent acoustics. The opera performed was the Didone abbandonata, conducted by C.B. Rovelli, the founder of a family of musicians from Bergamo. 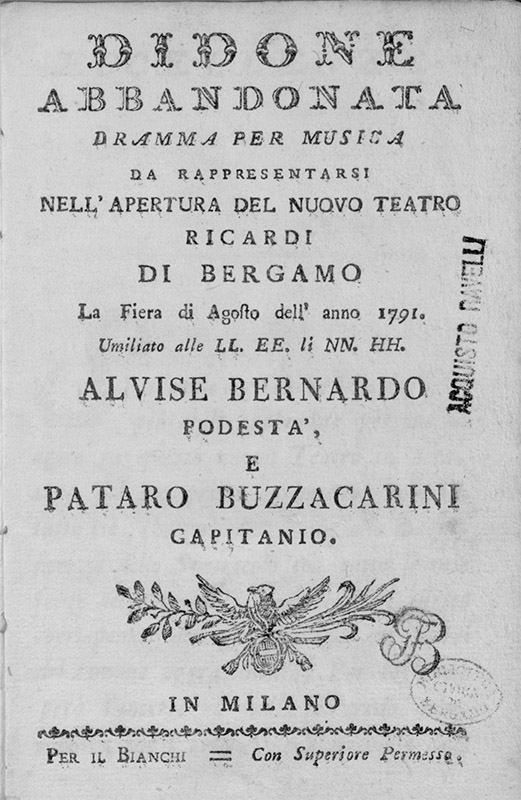 The Teatro Riccardi (as it is now called) had a plastered façade preceded by a small portico, vastly different from the monumental façade of today.

In the following years, the Theatre operated regularly in the permitted periods (spring and summer, as well as for the Fair), but in 1797 a serious disaster occurred: the Theatre was destroyed by fire. The flames devoured all the wooden parts on the night of 11th January, the day before the start of the Opera Season. The incident has a political aspect, as it seems that the accident was not accidental but caused by people with an interest in creating disorder. 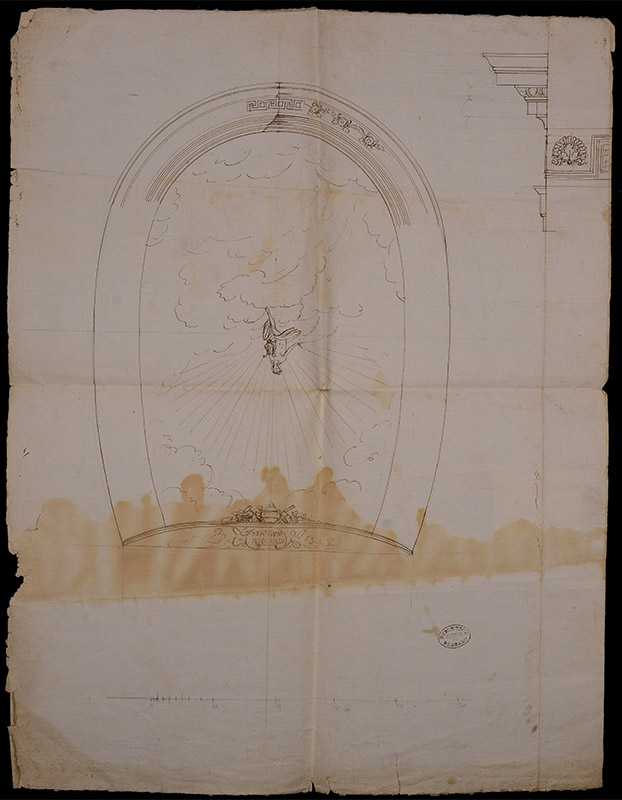