From the Riccardi Theater to the Donizetti Theater

From the Riccardi Theater to the Donizetti Theater

It was in Donizetti’s name that a decisive turning point in the life of the Theatre occurred. In 1897, to mark the centenary of the Composer’s birth, the Riccardi Theatre was renamed the Gaetano Donizetti Theatre. To mark the occasion, the façade was completely rebuilt by the architect Pietro Via. Outside the theatre, a monument dedicated to Donizetti by sculptor Francesco Jerace was inaugurated. Except for a few details, the Theatre had the appearance we know today.

Alongside the traditional performances, the Donizetti Theatre also hosted a new type of show, the cinematograph. These were some primitive films shot by the Lumière brothers’ operators, brought to the theatre by the entrepreneur Terzi in 1899: an extremely rare event at a time when cinema shows were shown in fairground shacks or concert cafés. It was probably a first, as there is no record of the cinema having been hosted in a theatre before then. 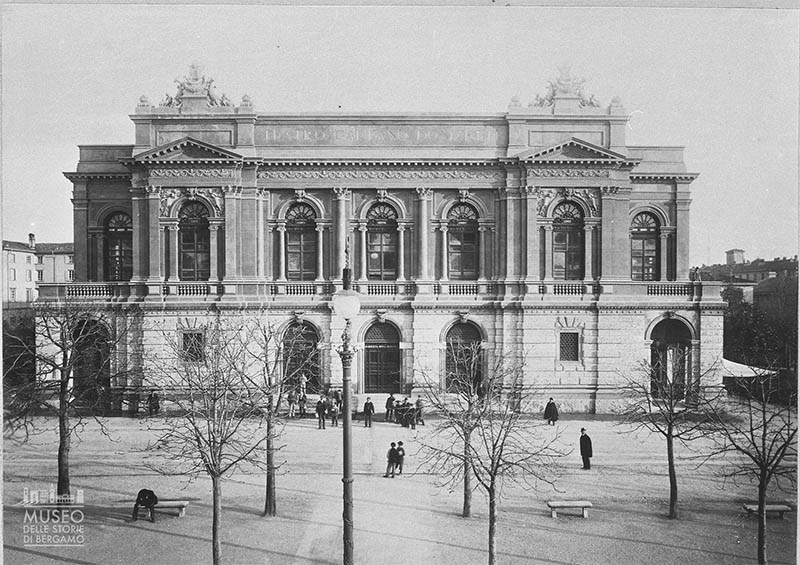