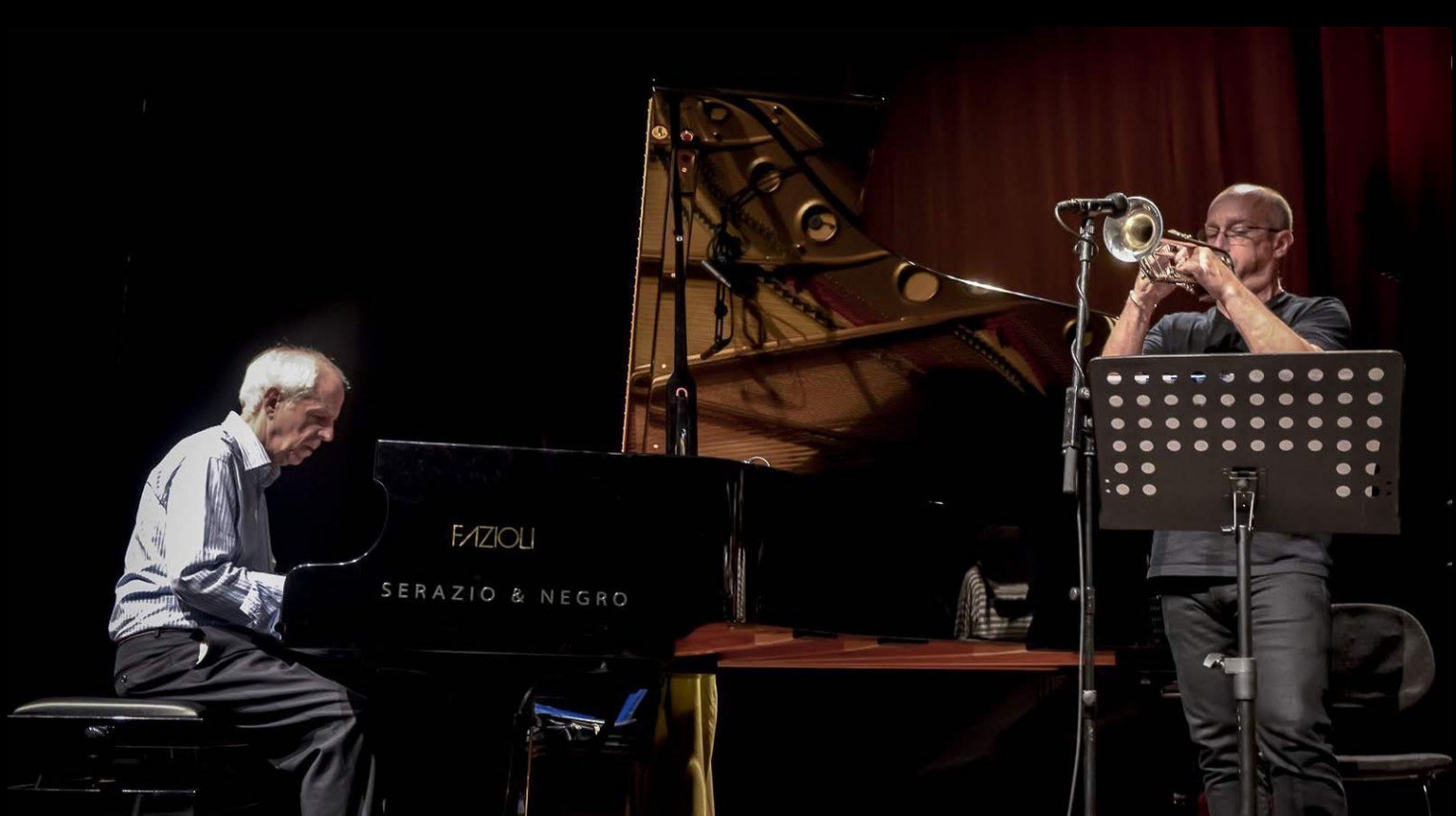 Franco D’Andrea and Dave Douglas are long-standing friends and partners-in-crime. They’ve been on and off the stage together for years, playing and studying each other’s music.  The recently formed quartet involving the Italian Federica Michisanti and the American Dan Weiss, one of the most sought-after drummers on the New York circuit, is the foundation on which this new quartet is built. Dave Douglas specifically wanted her with him after having appreciated her talent at Bergamo jazz during his time as artistic director of the festival.

Despite the differences in background, experience and age (D’Andrea has just turned 80, while Douglas is over 20 years younger), the two leaders share the same expressive rigour which distinguishes them, not to mention the great love for the jazz tradition. At the same time, both the Merano pianist and the American trumpeter are innovators and experimenters in their own right. It’s one of the elements which has enriched their chemistry – a chemistry which has matured over time, built up despite being at a distance, exchanging messages and music during the various lockdowns, only to finally be put into practice.

After four years as artistic director of Bergamo Jazz, Dave Douglas can consider himself at home in Bergamo.

Franco D’Andrea has also performed several times at the festival since the 1970s, at the Donizetti as well as the Palazzetto dello Sport. Franco D’Andrea and Dave Douglas are part of the jazz history of a city ready to welcome them back with the affection and warmth they so rightly deserve.